The Draw for the Toyota CHR

The Kanturk Community AstroTurf Draw took place in O'Callaghans Toyota on Fri. January 7th. The prizes were for first place was a Toyota CHR worth €33,000, the second prize was €1,000 & the third prize was €250

.The You Tube Draw Video

The MC for the night was Chairman Michael Breen & the draw adjudicator was Padraic O'Connell with most of the Committee in attendance.

Michael highlighted that this was a unique project with all the local Sports Clubs, Schools & Community Organisations involved.

Sr. Helen Canning had the distinction of drawing the tickets with Peace Commissioner Timmy Lynch also watching over proceedings to make sure everything was in order and done correctly.

After the tickets were drawn they had to be then verified before being announced.

In 3rd place was John Dillane from  Greenfield Rd. who won €250, in 2nd place was Tony Forde from Lismire, Newmarket. who won €1,000 and then came the big prize.

In 1st place was Joan Roche formerly of Rossnalee, Banteer but now living in Bluepool, Kanturk who won the Car. 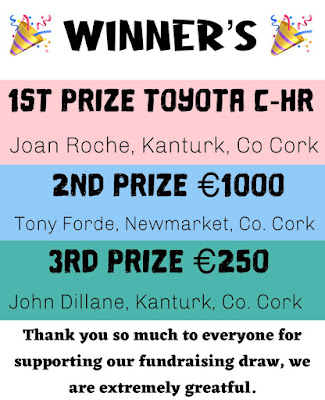 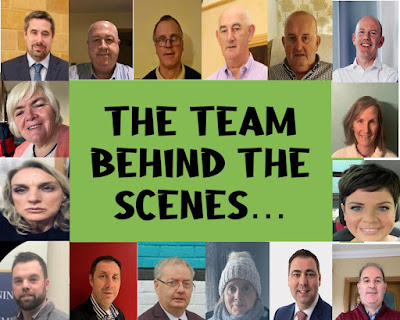 Also, a special mention was made of the 4 original committee members who got the ball rolling on the project in January 2019. 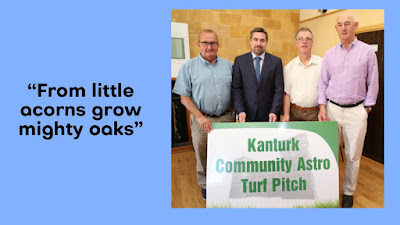 Email ThisBlogThis!Share to TwitterShare to FacebookShare to Pinterest
Labels: The Draws 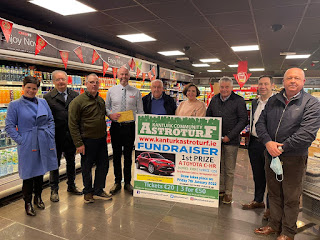 Aspel's Spar in Kanturk are always great supporters of all things community & this time was no exception as they sponsored 2 x €1000 Food Or Fuel Shopping vouchers which were really appreciated by the Kanturk Community Astro Turf Committee as it gave them a big opportunity to promote what they wanted to achieve.

As it turns out the draw brought about 2 very popular & local winners in Denis Kelleher & his daughter Maura who were the first winners.

The second winner of a €1000 was Jerry Hickey who again was a very popular local winner & just rewards for the time & effort he puts into the local community.

Each winner received a €1000 shopping voucher for food or fuel from the prize sponsors Aspel's Spar Kanturk. 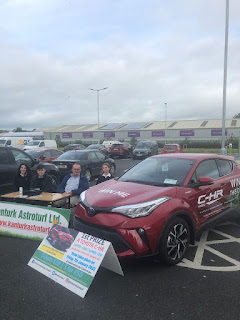 Committee Members have been out and about promoting & selling tickets in many places. 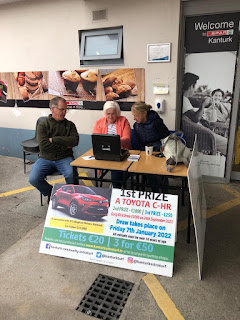 We are very gratefull to all of these businesses for letting us to sell tickets outside their premises, on their forecourts & on their property. 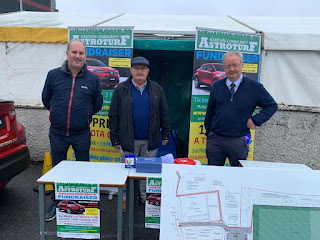 These days out are of agreat help to promote & sell tickets often to people who may not remember to do so. 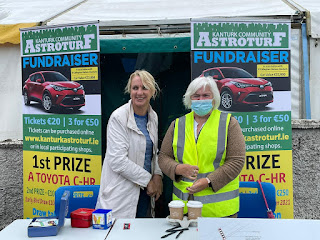 The list of places that have been visited are Kanturk Mart, Lidl, Spar, Super Valu, Gala and the Rugby Club with more dates to follow . 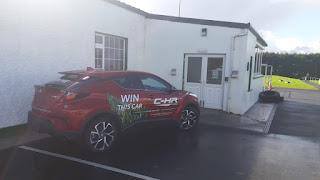 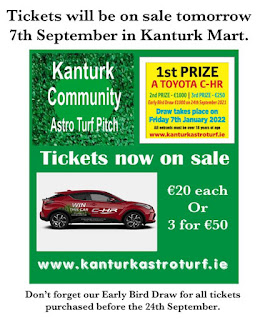 Thanks to everyone for your support in buying your tickets as every ticket sold is another step closer to this project becoming a reality. This project is an big & exciting development but it will cost a lot of money but it will be worthwhile when it happens. 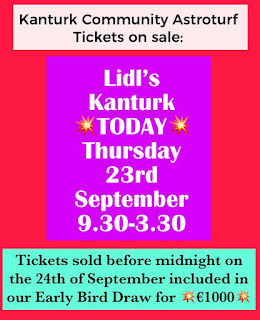 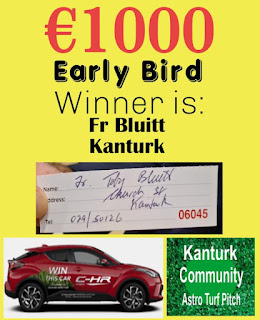 To promote the Kanturk Community Astro Turf Raffle for a Car it was decided to hold an
Extra Early Bird Draw for €1000
The Draw was held in the ideal setting of O'Callaghan's Toyota Showroom in the presence of the Main Prize of the Toyota CHR.
The drawing of the ticket was done by Nellie Browne who is the oldest person living in Kanturk as she is over 100 years old which was very symbolic with such a new & up to date development.
The Video Of The Early Bird Draw
https://youtu.be/kvWSDgHZX0c

The Early Bird Prize was won by Local Curate Fr. Toby Bluitt which brought great joy to everybody. 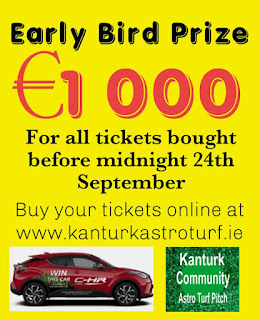 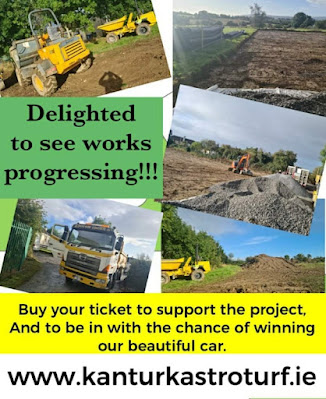 This was a great moment in the whole project as it really signals the Start of the development as it took a lot of effort from a lot of people to get this project to this point so it was especially poignant. 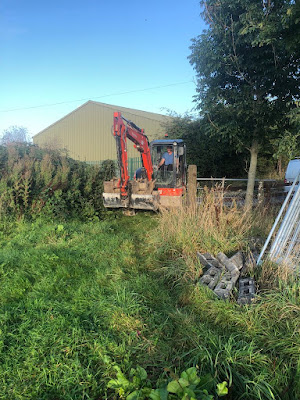 And what made it all the more special was the fact that 2 local firms and long established who offer lots of local employment were involved with this stage of the project with Fitzpatricks doing the grounworks & Ducon supplying the trunking.

It really has begun, yes there is a long way to go but at the start has been made which will show everybody that this project is happening. 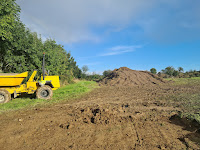 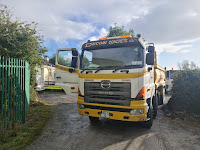 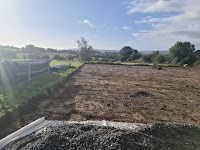 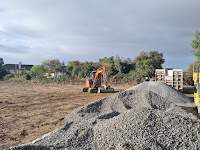 The Turning Of The Sod 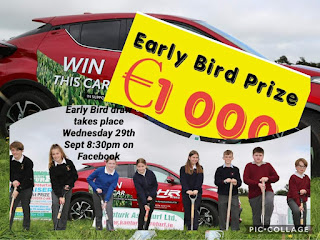 The Turning Of The Sod
was performed by pupils of the 4 Local Schools who are all stakeholders in the Astro Turf Project.
The Corkman did a great feature on the historic event .
https://pressreader.com/article/282230898831115
The You Tube Link For The Turning Of The Sod Video
https://youtu.be/kEAUeOGyYE0 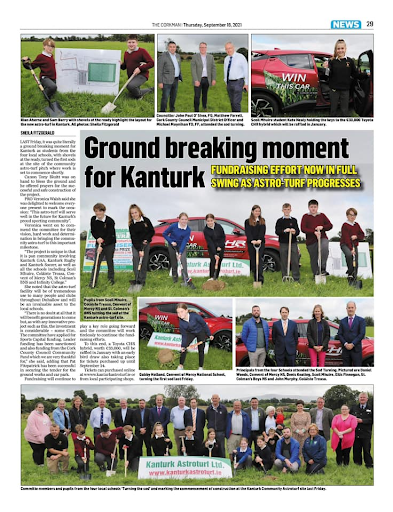 Email ThisBlogThis!Share to TwitterShare to FacebookShare to Pinterest
Labels: Turning Of The Sod

The Signing Of The Contract With Duhallow IRD 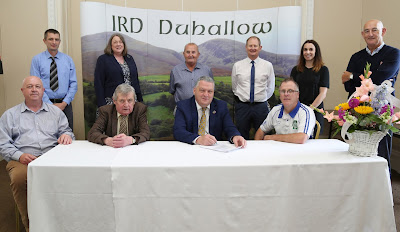 Recently members of the Kanturk Community Astro Turf Committe signed a contract with Duhallow IRD for a grant in relation to the developement.
This was greatfully appreciated by all of the committee & it was an endorsement as well as being a vote of confidence in the project that the committee are aiming to achieve.
When finished the Astro Turf pitch will be another vital facility available to all the sports clubs & schools in North Cork.
at September 20, 2021 No comments:

The Draw for the Toyota CHR

The Kanturk Community AstroTurf Draw took place in O'Callaghans Toyota on Fri. January 7th. The prizes were for first place was a Toyot... 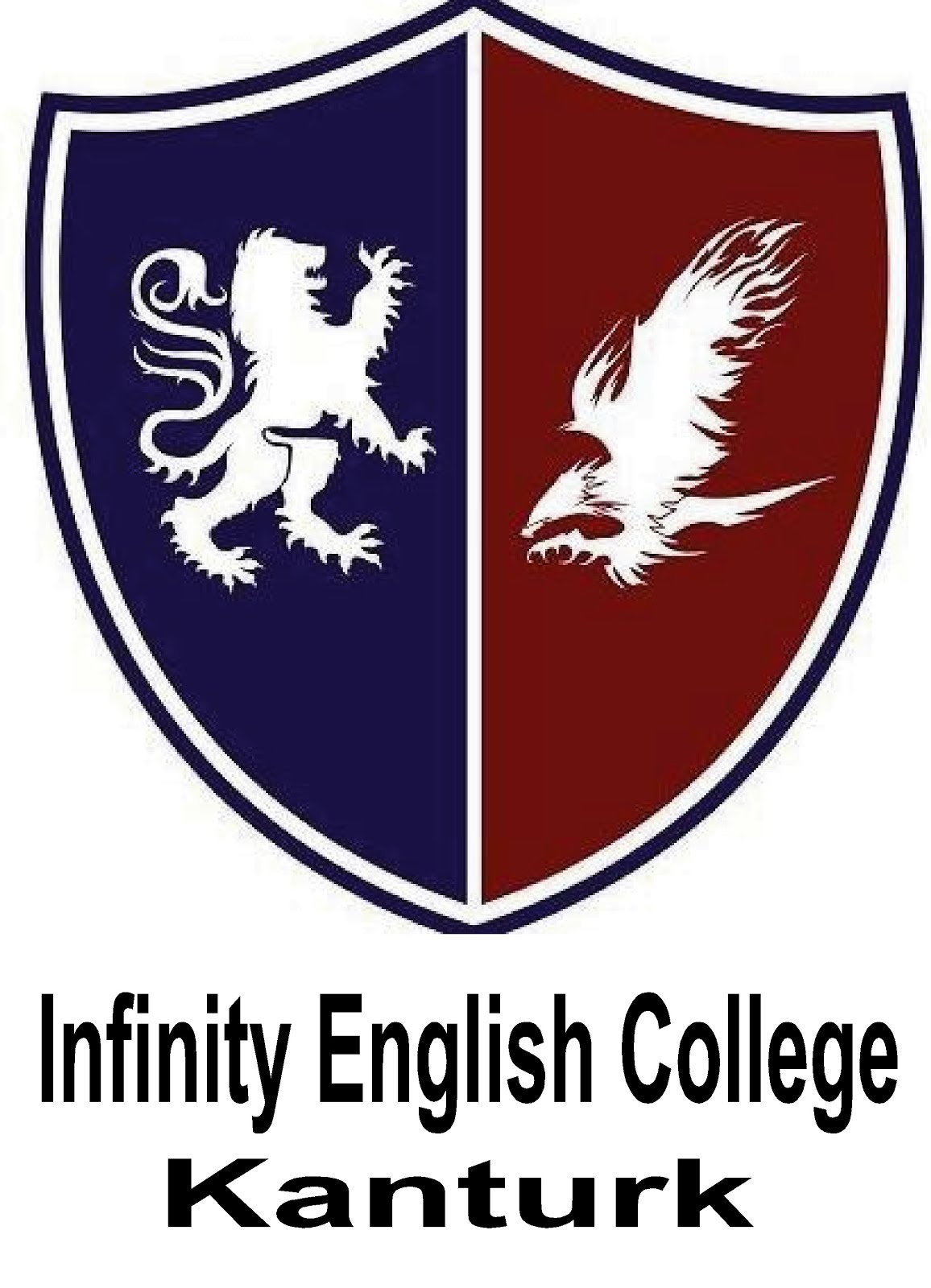 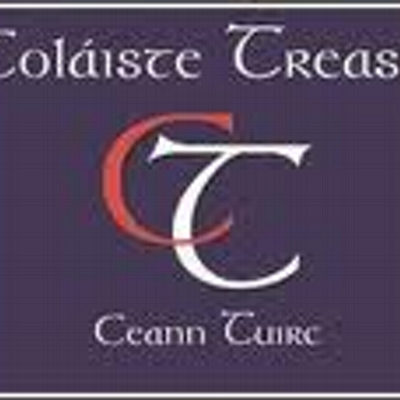 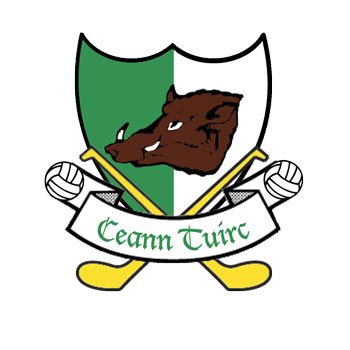 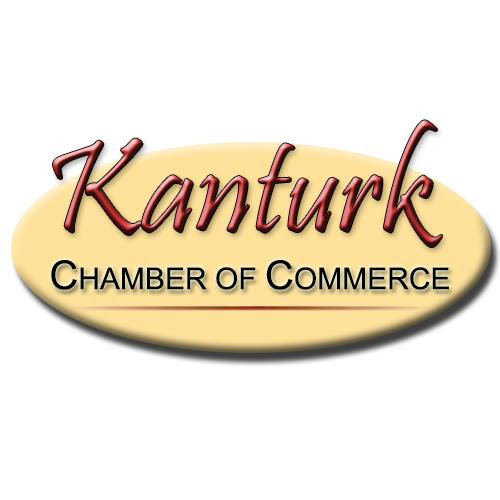 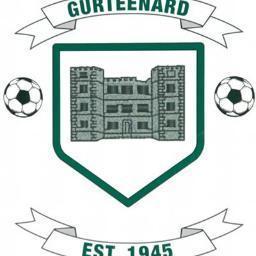 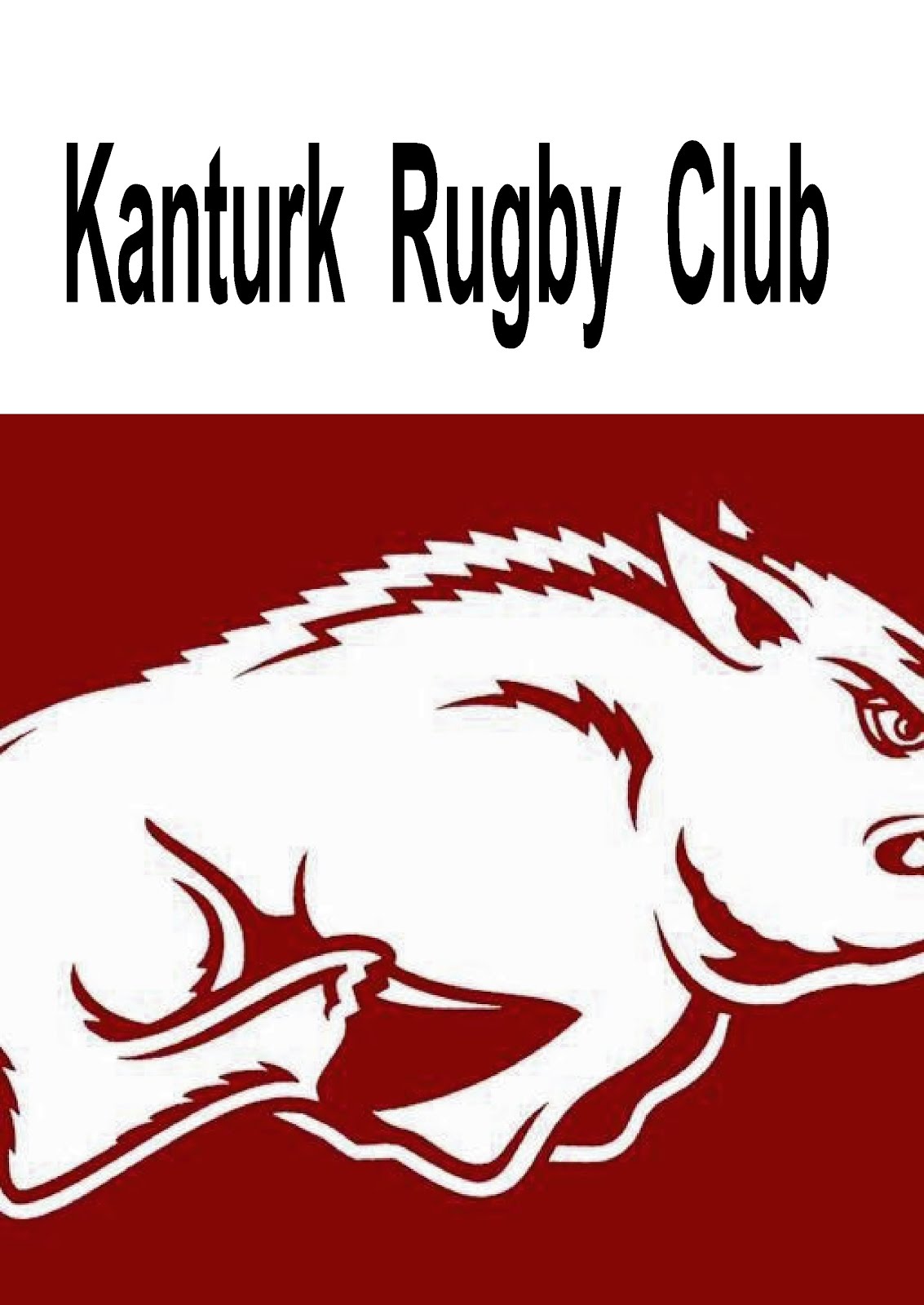 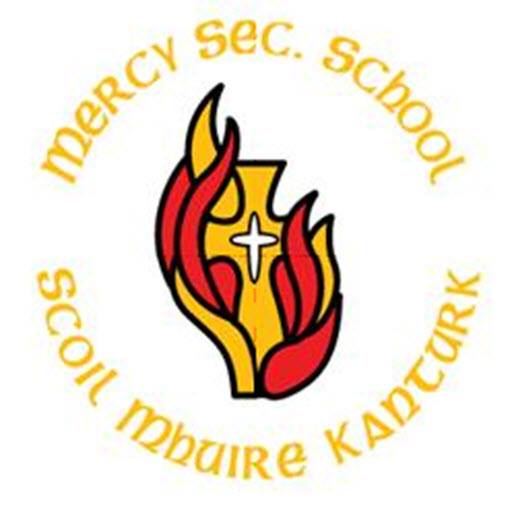